Link to the introduction: Before I lay out my macro thesis…

Applying Cassel’s idea, circa 2016: Just before I make the connection between Cassel’s idea and today’s macro economic situation, I’d like to make a brief digression to Nikolai Kondratiev. 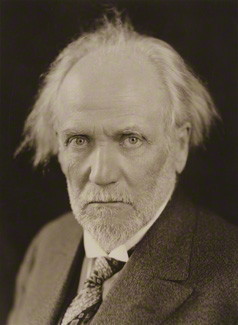 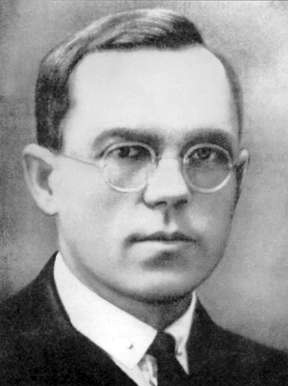 Nikolai Kondratiev, a Soviet economist,  published his findings of a 50-60 year economic cycle in 1925, which later came to be known as the Kondratiev cycle. He demonstrated the efficacy of this 50-60 year cycle by classifying periods from 1790-1849 and 1850-1896, with turning points in 1815 and 1873. His work has since been developed further by many prominent economists such as Joseph Schumpeter, Ernest Mandel, and Harry S. Dent Jr., among many others.

A Plausible Rationale for The Loss of Its Credibility Post 1990s:

Harry S. Dent Jr., who has done some brilliant work on demographic cycles, highlights that this wave cycle worked brilliantly and identified peaks in inflation in 1814, 1964, 1920, and 1980 but has failed to explain the economic cycle post the 90s.

Commodity boom-bust cycles have known to exhibit a 30 year boom-bust cyclicality, and because until the early 19th century the world was mostly an agrarian economy the Kondratiev wave cycle (comprised of 2 booms and 2 busts) was able to explain the economic cycle well, using a 50-60 year cycle. As our societies moved away from agriculture and towards consumption-and-spending, the cycles of economic booms and busts started being more influenced by the demographic cycles, which per the works of Harry S. Dent Jr., exhibit a 40-46 year cyclicality, hence stretching the Kondratiev wave cycle to an 80-92 year cycle.

My Macro Thesis – Back to Cassel

Cassel’s main argument was that the mismanagement of the gold standard is what led to the severe depression of the 1930s. Cassel highlights that while debt and reparations from World War I had made the international financial system fragile throughout the 1920s it is only in the late 1920s, when the United States and France started attracting large amounts of gold from the rest of the world, that the real problems started. The increased acquisition of gold by these two countries deprived other central banks of the gold reserves they needed to back the currency they issued, forcing them to tighten their monetary policies.

I’d like to breakdown the backdrop into two parts. 1) Triffin Paradox – The catalyst that has triggered this backdrop, and 2) Global U.S. Dollar Debt – The Stage that has been set.

The conflict of economic interest that arises between short-term domestic economic interests and long-term international economic objectives is well documented by the Triffin paradox. Robert Triffin, a Belgian economist, pointed out that the country whose currency is also the world’s reserve currency must be willing to supply the world with extra currency to satisfy the world’s demand for its currency for their foreign exchange reserves thus leading to a current account deficit. A combination of domestic energy discovery and a nascent manufacturing revolution in the United States are challenging the structural nature of its current account deficit. There is little anyone can do when such conflict becomes structural in nature other than to rupture the existing system and make way for a new system, as was attempted at the Bretton Woods conference in 1944. We have not yet reached our pain threshold; the problem is not yet as severe as it is likely to get and the alternatives to the U.S. Dollar are far and few.

U.S. M2 is growing at 7.47%, Total Private Average Hourly Earnings, all employees, is growing at 2.43%, CPI less food and energy is growing at 2.30%, U.S. unemployment rate is at 4.9%. The Fed will have a hard time justifying ‘no change’ to their short term policy rates for too long unless the economy falters in a big way, and more importantly the Fed will want to build back their ammunition to be able to react when things go bad due to some unseen shock. U.S elections might matter in the short term but my suspicion is that those effects will fade away over the long term. The onset of a large population of millennials about to enter the U.S workforce around 2023 is a huge tail wind that is yet to materialize.

The United States congress finally lifted its ban on exporting crude petroleum products at the end of 2015. This is a major structural event for the United States that will forever change the impact of energy consumption on its balance of payments. It is only a matter of time that its mammoth energy needs will stop being a drag on its current account, and may in fact give it a boost owing to new exports.

Even at this stage in the U.S. shale play we keep hearing fresh reports of massive oil deposits being discovered (just google Apache oil discovery).

We wrote in April this year about the Global U.S. Dollar credit. At the time, we posed the following question: “It brings to the fore a 9 trillion dollar question: How does a huge build up in US dollar credit to non-financial firms outside the US unwind when the Federal Reserve backs away from its ultra loose monetary policy?”

Excerpts from the BIS report:

US dollar credit (bank loans and debt securities) to non-bank borrowers in emerging market economies (“EMEs”) also saw its first substantial year-on-year decline up to the first quarter of 2016 (–2.9%), as credit contracted in each of the previous three quarters. From a peak of $3.3 trillion at end-June 2015, the stock of US dollar credit to EMEs declined by $137 billion to $3.2 trillion at end-March 2016. This reflected a strengthening US dollar, slowdowns in several large EMEs and increased uncertainty in international financial markets.

Despite the slowdown in cross-border credit in late 2015 and early 2016, a number of countries still showed signs of strongly above-average domestic credit growth, which could sow the seeds for potential financial strains.

The world is massively short the U.S. dollar at a time when the Federal Reserve is contemplating a rate hike. Just as acquisition of excess gold by France and the United States in 1928 caused a shortage of supply for other central banks forcing a policy tightening, a structural change in the dynamics of the supply of U.S. dollars to the rest of the world will result in a de facto policy tightening in the rest of the world unless the U.S. dollar reprices higher relative to global currencies to reflect this new regime.

Now, considering that I’m writing my long U.S. Dollar thesis one day before the September Fed announcement and that Murphy’s law in instances such as this mostly ensures that the opposite of what one expects materializes, the Fed may refrain from hiking at their September meeting but the fact remains that the conversation on the table is monetary tightening, not easing.

We will most likely witness the mother of all short squeezes in the U.S. dollar over the next several years.

The First Derivative – A Repricing of The U.S. dollar

For a U.S. dollar investor this regimen would be a challenging environment to make money while allocating his/her U.S. dollars to assets that will most likely depreciate in value relative to the U.S. dollar. One of the few strategies that will most likely do well for a U.S. dollar investor will be a currency strategy in which there is a systematic long exposure to the U.S. dollar against a basket of currencies.  The first derivative of my thesis is to be long the U.S. dollar. Some thematic views that must be taken into account in building such a long U.S. dollar strategy: 1) currencies of economies that have been major beneficiaries of a U.S dollar denominated credit growth, and 2) currencies of energy exporting regions – as U.S. increases its dominance in the energy export sector, all countries that rely on energy exports will come under direct pressure due to both a true price competition in oil and a loss of market share.

During a shortage of supply of the U.S. dollars some of the best assets will be those that yield (anything!) in U.S. dollars. The second derivative is that one must own U.S. dollar yielding assets such as long term U.S. Treasuries, U.S. Corporate debt, U.S. Equities geared towards domestic earnings against those that are geared towards international earnings, etc.

As the value of the U.S. dollar increases all commodities priced in U.S. dollars should face heavy downside price pressures. In such an environment, out of the five academically documented sources of returns: 1) Momentum, 2) Value, 3) Carry, 4) Volatility, and 5) Liquidity, only Momentum and Volatility are likely to be effective. Value will become almost impossible to distinguish and identify when the underlying assumptions are changing rapidly. Carry, by definition is a compensation for holding a certain asset against the risk one has to bear. Can you imagine the race to exits in carry strategies if the risk of holding those assets starts rising? The depreciation in the spot market will far exceed any compensation the market is currently pricing in. Liquidity, may or may not become a mirage but unless there is a cash flow constraint liquidity cannot really add value in a meaningful way to a portfolio. Institutional investors who have a cash flow constraint should consider allocating to this source of return. Momentum and Volatility strategies, however will be able to distinguish, identify, and monetize these new trends and new volatility regimes. The third derivative of my thesis is that a global investor should allocate to a broad portfolio of assets, via a systematic trend following strategy that takes into account the two factors: Momentum & Volatility.

The information displayed on this website is not, and under no circumstances is to be construed as, an invitation to make an investment in any of Rigel's trading strategies. Any dissemination, re-distribution or other use of any information on this website is unauthorized. Under no circumstances should the information contained herein be used or considered as an offer to sell, or a solicitation of an offer to purchase, any security or investment service. The information presented herein is presented in summary form and is, therefore, subject to qualification and further explanation.
Loading Comments...
%d bloggers like this: